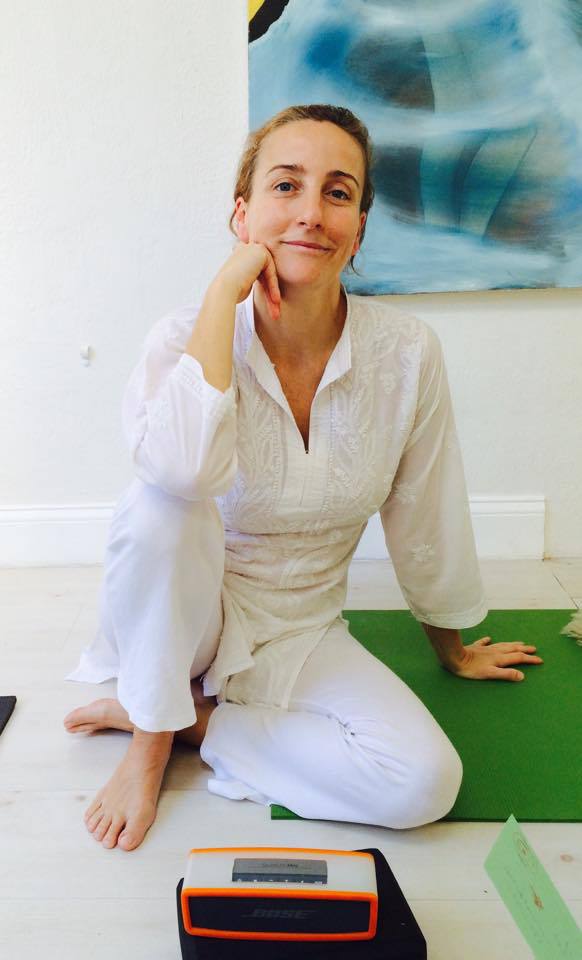 Indra Kaur is a yogini and a spiritual teacher who has taught yoga for nearly 20 years.

Her journey began in the early 90s in Spain with Integral Yoga. However, it wasn’t until she moved to the United States that she took her first teacher’s training in Ashtanga Yoga. This gave her the opportunity to met and studied with Pattabhi Jois.

In the late 90s while she was very involved teaching and practicing Ashtanga Yoga she decided to join a spiritual retreat called Winter Solstice White Tantric Yoga in Florida where she met Yogi Bhajan. This experience impacted her so deeply that she immediately decided to take the next available Master’s Touch, a teacher’s training taught by the Master, Yogi Bhajan.

Since then, she has been assisting all summer and winter solstice events as well as exploring many of the other forms of Yoga, meditation, and the healing arts of Sat Nam Rasayan. She studied with Brian Weiss past life regression therapy. One of her other life passions is the science of healing with food; such as Ayurveda, Macrobiotics, vegetarianism, and veganism.

She is the founder of http://www.thesecretsofyoga.com a bilingual (English and Spanish) Yoga portal where you can find many interesting articles and information about Yoga and its life style.

She currently lives in the Miami Beach area where she teaches groups, corporations, and privately at her Miami Beach yoga studio. You can contact her at [email protected]

“The real Yoga practice is to live on the planet Earth at this moment in time. Dealing with multiple demands at once, high levels of stress, and the constant feeling of always being behind, running, trying to catch up with everything around us…

…The Yoga classes are just the space where we learn the tools to deal, process, and let go so that we can bring balance to the body and clarity to the mind. Developing a neutral mind could become one of your best assets in life.”

“I am very enthusiastic about the miracles I have seen happen with Kundalini Yoga and meditation. Learning these tools and doing this work I have healed and continue healing myself while at the same time I have been in service to others. All this has happen in my life because of this profound healing technology called Kundalini Yoga and meditation. I believe that part of my purpose here in this lifetime is to bring what I have learned to others.”